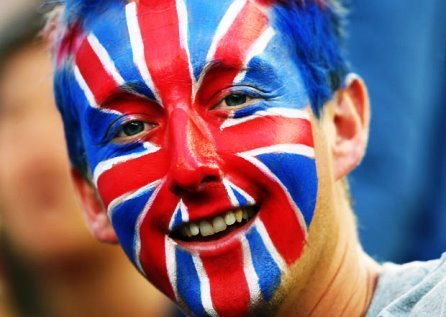 Resumption as of Right

The British Nationality Act 1981 provides that resumption of British citizenship is permitted if “renunciation was necessary to enable the applicant to retain or acquire some other citizenship or nationality.” This is a matter of right and is available once only.

In majority of cases, people renounce citizenship because they want to hold a public office in another country or take part in politics there. These are not good reasons for the resumption of British citizenship as the applicant was not forced to give it up because he had to acquire another country’s citizenship.

In other words, if the other country of which you want to become a citizen does not bar dual citizenship, you will not be able resume your British citizenship as a matter of right because the renunciant is not acquiring or retaining the other *citizenship* through the act of renunciation.

Applications under 13(1) should also be supported by a letter from the authorities of the country concerned (unless it is the UK or a British overseas territory) stating that the applicant’s renunciation of British citizenship was necessary in order to acquire or retain that country’s citizenship.

The “connection to the UK” is taken as:

This discretion is intended primarily to benefit those who renounced British citizenship:

♠ in order to acquire the nationality or citizenship of their spouse or civil partner; or
♠ to assist them in their careers; and
♠ the marriage, civil partnership or the career has now ended; and
♠ they wish to remain in or return to the UK for settlement

You may therefore normally be registered under 13(3) if the conditions above are met, and the Secretary of State is satisfied that the applicant’s future is likely to lie in the UK if registered.

Applications should be supported by evidence as set out above and/or evidence to support any other reasons for the renunciation of British citizenship and the wish to re-acquire it. If:

the application is considered on its merits, taking into account the reasons given for the renunciation and the reasons for wishing to re-acquire British citizenship. If no reasons have been given, the reasons will be requested.

In exercising his discretion under s.13(3), the Home Secretary has to have regard to the character of the applicant and his suitability for registration. Applicants will not be expected to meet exacting standards, but it is necessary to try to identify those whose activities may suggest registration would not be appropriate and would attract criticism.

In practice, the applicant should prove that they had a reasonable belief that the renunciation of British citizenship was a result of being deprived of citizenship of another Commonwealth country.

Registration After Renunciation of citizenship of U.K. and Colonies (CUKC).

Under section 10 of British Nationality Act 1981 you are entitled, on an application for registration as a British citizen, to be registered as such a citizen if immediately before commencement of the Act you would (had you applied for it) have been entitled under section 1(1) of the M1British Nationality Act 1964 (resumption of citizenship) to be registered as a citizen of the United Kingdom and Colonies by virtue of having an appropriate qualifying connection with the United Kingdom or F1. . . by virtue of having been married before commencement to a person who has, or would if living have, such a connection.

(2)On an application for registration as a British citizen made by a person of full capacity who had before commencement ceased to be a citizen of the United Kingdom and Colonies as a result of a declaration of renunciation, the Secretary of State may, if he thinks fit, cause that person to be registered as a British citizen if that person—

(a)has an appropriate qualifying connection with the United Kingdom; or

(3)A person shall not be entitled to registration under subsection (1) on more than one occasion.

(4)For the purposes of this section a person shall be taken to have an appropriate qualifying connection with the United Kingdom if he, his father or his father’s father—

(a)was born in the United Kingdom; or

(b)is or was a person naturalised in the United Kingdom; or

If you’d like to apply for British Citizenship please be aware that most applicants are refused even though they appear to meet the legal requirements. These refusals are attributable to the applicant’s failure to provide evidence in the required format or to understand the applicable rules. The applicant, as a result, not not only loses the application but also the fees. Another costly consequence of a failed application is that applicants do not get the right of appeal. It is therefore critical that citizenship advice is sought before submitting your case to ensure compliance applicable citizenship rules and policies. Contact us to get the immigration advice you need to develop the best possible case and increase your chances of success.