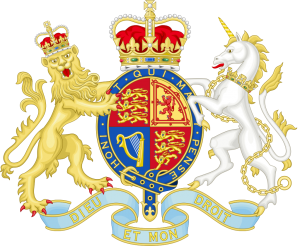 (a)a person, not being an EEA national, who—

(i)is a family member of an EEA national;

(ii)is a family member who has retained the right of residence;

(iii)has a derivative right of residence;

(iv)has a permanent right of residence under regulation 15; or

(v)is in possession of a qualifying EEA State residence card; or

(b)an EEA national, where there is reason to believe that he may fall to be excluded under regulation 19(1) (1A) or (1B); or

(a)the reference in paragraph 2(1) to the purpose for which the immigration officer may examine any persons who have arrived in the United Kingdom is to be read as a reference to the purpose of determining whether he is a person who is to be granted admission under these Regulations;

(3) For so long as a person to whom this regulation applies is detained, or temporarily admitted or released while liable to detention, under the powers conferred by Schedule 2 to the 1971 Act, he is deemed not to have been admitted to the United Kingdom.

(2) Where a decision is taken to remove a person under regulation 19(3)(a)or (c), the person is to be treated as if he were a person to whom section 10(1)(a) of the 1999 Act applied, and section 10 of that Act (removal of certain persons unlawfully in the United Kingdom) is to apply accordingly.

(3) Where a decision is taken to remove a person under regulation 19(3)(b), the person is to be treated as if he were a person to whom section 3(5)(a) of the 1971 Act (liability to deportation) applied, and section 5 of that Act (procedure for deportation) and Schedule 3 to that Act (supplementary provision as to deportation) are to apply accordingly.

(4)  A person who enters the United Kingdom in breach of a deportation or exclusion order shall be removable as an illegal entrant under Schedule 2 to the 1971 Act and the provisions of that Schedule shall apply accordingly .

(5) Where such a deportation order is made against a person but he is not removed under the order during the two year period beginning on the date on which the order is made, the Secretary of State shall only take action to remove the person under the order after the end of that period if, having assessed whether there has been any material change in circumstances since the deportation order was made, he considers that the removal continues to be justified on the grounds of public policy, public security or public health.

(6) A person to whom this regulation applies shall be allowed one month to leave the United Kingdom, beginning on the date on which he is notified of the decision to remove him, before being removed pursuant to that decision except—

(b)where the person is detained pursuant to the sentence or order of any court;

(c)where a person is a person to whom regulation 24(4) applies.

(a)has ceased to have a derivative right of residence; or

(b)is a person who would have had a derivative right of residence but for the effect of a decision to remove under regulation 19(3)(b).

24AA. (1) This regulation applies where the Secretary of State intends to give directions for the removal of a person (“P”) to whom regulation 24(3) applies, in circumstances where—

(a)P has not appealed against the EEA decision to which regulation 24(3) applies, but would be entitled, and remains within time, to do so from within the United Kingdom (ignoring any possibility of an appeal out of time with permission); or

(b)P has so appealed but the appeal has not been finally determined.

(2) The Secretary of State may only give directions for P’s removal if the Secretary of State certifies that, despite the appeals process not having been begun or not having been finally determined, removal of P to the country or territory to which P is proposed to be removed, pending the outcome of P’s appeal, would not be unlawful under section 6 of the Human Rights Act 1998(2) (public authority not to act contrary to Human Rights Convention).

(3) The grounds upon which the Secretary of State may certify a removal under paragraph (2) include (in particular) that P would not, before the appeal is finally determined, face a real risk of serious irreversible harm if removed to the country or territory to which P is proposed to be removed.

(4) If P applies to the appropriate court or tribunal (whether by means of judicial review or otherwise) for an interim order to suspend enforcement of the removal decision, P may not be removed from the United Kingdom until such time as the decision on the interim order has been taken, except—

(a)where the expulsion decision is based on a previous judicial decision;

(b)where P has had previous access to judicial review; or

(c)where the removal decision is based on imperative grounds of public security.

(5) In this regulation, “finally determined” has the same meaning as in Part 6.

Revocation of deportation and exclusion orders

24A. (1) A deportation or exclusion order shall remain in force unless it is revoked by the Secretary of State under this regulation.

(2) A person who is subject to a deportation or exclusion order may apply to the Secretary of State to have it revoked if the person considers that there has been a material change in the circumstances that justified the making of the order.

(3) An application under paragraph (2) shall set out the material change in circumstances relied upon by the applicant and may only be made whilst the applicant is outside the United Kingdom.

(5) The Secretary of State shall take a decision on an application under paragraph (2) no later than six months after the date on which the application is received.