The UK is the Number 1 Destination for Chinese Investment

Today inward yearly investment from China is estimated to be worth over £8 billion to the British economy  – creating over 6000 jobs in the year 2013-14. With this inward investment combined with over £1 billion worth of British exports to China each month, one can say that the UK and China are made for each other – economically. 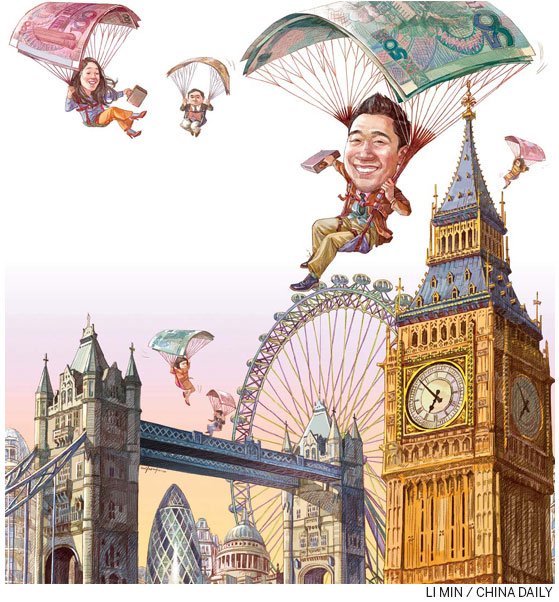 What is driving this level of interest from the Chinese investors is the UK’s Tier 1 Investor Visa scheme. With an investment of just £2 million, not only that the investors can benefit from the UK’s thriving and stable economy with great returns on investments, they and their families can also have the opportunity to become permanently settled in the UK within just 5 years. Within one year of settlement, the investors and their families can apply for British citizenship.

Since this immigration scheme was announced in 2008, over 2000 Chinese nationals have received Tier 1 Investor Visa – making them by far the biggest recipients far out reaching the US and Russia in the same category.

The investment funds can be invested in UK government bonds or gilts, share capital or loan capital in active and trading UK registered companies. An investment cannot however be made into a company mainly engaged in real-estate investment, management or development.

A gilt is a UK Government liability denominated in pounds sterling (£), issued by HM Treasury and listed on the London Stock Exchange.

Gilts are considered the safest form of UK investment, as the British Government has never defaulted on its debts in its several hundred years of raising money.

This perceived security is reflected in the UK’s AAA-rating for its debt by both Moody’s and Standard and Poor’s, two credit rating agencies. Only US Treasuries and the bonds of a few other countries also have a AAA rating.

A Chinese organisation that monitors UK businesses with Chinese parent companies identified the fastest-growing 25 companies by year-on-year change in turnover.

These 25 companies, apart from their huge contributions to the UK economy, employed more than 2600 people and generated revenues of more than 17 billion pounds ($27.8 billion) in 2012, an increase of 27 percent from the previous year. Even the slowest-growing company grew by 9 percent.

This shows the diversity and success of Chinese investment in the UK, as it contains sectors such as banking, energy, manufacturing, retail, technology and telecoms.

Of the 25 companies, 20 grew organically and the rest through acquisitions. Nearly half the companies are based in London. The rest are spread across the UK. The select companies all have minimum revenue of £5 million, at least 51 percent Chinese ownership and have been trading at least since the beginning of 2011.

For more information on Tier 1 visas, the UK-Irish visa scheme or any other immigration or business related matter please book a consultation, and feel free to contact us via email or phone.