Apply for Tier 1 General Settlement (ILR) for permanent residence in the UK. 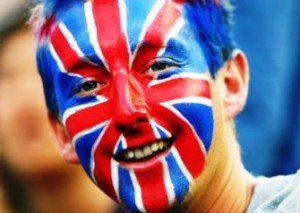 If you are considering an application for extension or for Tier 1 General Settlement you should do so as soon as possible. However be aware that your application will go through extra scrutiny as you will need to prove that both your current and previous earnings are genuine (‘genuine earnings test’) else you will risk refusal.

Those who are self employed need to be extra cautious as it will no longer be sufficient to simply provide their payslips and bank statements to evidence their earnings. They will need to satisfy the Home Office that the earnings are “genuine”, proving which can involve significantly more paperwork and in some instances an interview.

If you have been in the UK on a Tier 1 General visa, and if you meet the following requirements you can apply for settlement also known as ‘permanent residence’ and ‘indefinite leave to remain’.

Your residence in the UK must be continuous and unbroken during the previous 5 years. This means that you can only be outside the UK for up to 180 days in any 12 months during that time.

You can include time spent in the UK in one of the following visa categories to fulfill the 5 years residency requirement:

4. The points you need to score

You will need to score 75 points from Appendix A, Table 2 of the Immigration Rules if you held 1 of these visas before 6 April 2010:

You will have to score 75 points from Table 3 of the Appendix A of the Immigration Rules if you have been in the UK on one of the following visas between 6th April 2010 and 19th July 2010:

You will have to score 80 points from Table 3 of the Appendix A of the Immigration Rules if you haven not been any of these visas and were given the Tier 1 General visa on or after 19th July 2010.

Your spouse, unmarried or civil partner and children under 18 can apply on the same form if they meet the following legal requirements.

he/she is in the UK with you on a spouse/partner visa he/she is in the UK with you for at least 2 years if they applied before 9th July 2012 or 5 years if they applied on or after 9th July 2012 your relationship is subsisting and genuine and you intend to continue living together as partners you’re not claiming public funds He/she must pass:the Life in the UK Test an English language test

your child(ren) was/were previously given visa as your child(ren) your child(ren) is/aren't married or in a civil partnership you will continue to live together as a family unit  without claiming public funds Both parents must be in the UK legally, or applying for entry clearance, limited leave to remain or settlement for the child(ren) to be eligible for settlement.Alternatively your child(ren) can also apply for permanent residence if any one of the following applies:you’re the child’s sole surviving parent; or have sole responsibility for the child(ren)'s upbringing; or there are serious or compelling family or other circumstances, for instance you (if settled in the UK) or your child has a serious illness If your child(ren) is/are 16 or older you must provide evidence of residence. You can provide two documents from the following: bank statement, credit card bill, driving licence, NHS registration document, or a letter from their school, college or university, on official letterhead, issued by an authorised official.The supporting evidence must not be more than 28 days old on the date of the application. You will also need to give details of any payments your child(ren) make(s), if any, for rent or upkeep on a monthly basis.If your child doesn't live with you and your partner you must give explanation why. If it’s because they’re studying, you must send a letter from their school, college or university, on official letterhead, issued by an authorised official. You will also need to evidence that you have supported your child(ren) while they lived away in the form of bank statements for you and your child(ren) covering the 3 months prior to the date of application.In case your child(ren) are over 18 by the time you apply, they must apply using a separate SET(O) form and pass:the Life in the UK Test an English language test

The form to use for the application for Tier 1 General Settlement is the SET(O) application form, which you can post along with any representations and supporting evidence to the address on the form or apply in person at a premium service centre.However be aware that the SET (O) form is just a tool for collecting relevant information. It does not guarantee that by filling it out you will establish that you qualify for settlement.Since Tier 1 General Settlement is going to be your last immigration application which will entitle you to become permanently settled in the UK it is advisable that you don't risk it by assuming that you know all applicable laws, rules and policies that govern the grant of permanent stay in the UK. If you'd like to apply for settlement please be aware that a good number of applicants are refused by the UK Visas & Immigration even though they appear to score the required points.Most of the refusals can be attributed to the applicant's failure to provide evidence in the format required by the immigration rules or them being legally illiterate failing to properly understand and comply with the law.The applicant as a result not not only lose the application but also the application fees. Another costly consequence of a failed visa application is that applicants become overstayers and are also prevented from relying on new evidence demonstrating their eligibility in an appeal.It is therefore critical that proper immigration advice and representation is sought before you submit your case to the British Home Office to ensure that you meet all applicable immigration rules and policy guidelines whilst increasing your prospects of success in your Tier 1 General Settlement.