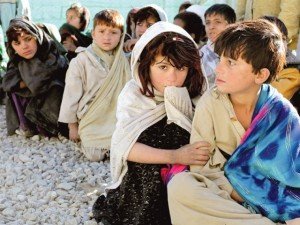 Refugee children are the most vulnerable

This page is dedicated to information on Refugee status and Humanitarian Protection in the UK.

Who are Refugees and asylum seekers?

Under Article 1, 1951 Convention Relating to the Status of Refugees, a refugee is a person who:

‘owing to a well-founded fear of being persecuted for reasons of race, religion, nationality, membership of a particular social group, or political opinion, is outside the country of his nationality, and is unable to or, owing to such fear, is unwilling to avail himself of the protection of that country’

An asylum seeker is someone who has applied for asylum and is waiting for a decision as to whether or not they are a refugee.

In other words, in the UK an asylum seeker is someone who has asked the Government for refugee status and is waiting to hear the outcome of their application.

What is a bogus asylum seeker?

There is no such thing as a bogus asylum seeker or an illegal asylum seeker. As an asylum seeker, a person has entered into a legal process of refugee status determination, and every country in the world, including the UK, is responsible to consider the claim for asylum and grant protection to a genuine refugee.

Does the UK have more asylum seekers than most countries?

Where do asylum seekers in the UK come from?

The top ten countries of origin are as follows:

What benefits do asylum seekers receive in the UK?

The majority of asylum seekers do not have the right to work in the United Kingdom and so must rely on state support. Housing is provided, but asylum seekers cannot choose where it is, and it is often ‘hard to let’ properties which Council tenants do not want to live in. Cash support is available, and is currently set at £36.62 per person, per week, which makes it £5.23 a day for food, sanitation and clothing.

In the UK, thousands of asylum seekers are held in immigration detention centres each year. Under the Detained Fast Track (DFT), asylum seekers are detained for the duration of their application and appeal. As a principle, UNHCR opposes the detention of people seeking asylum, and calls for the use of alternatives wherever possible.

Making a claim for asylum

If you fear return to your home country you might be entitled to claim asylum and humanitarian protection in the UK. An application for asylum can be made by going to the UKVI in Croydon where you will be interviewed. In order to get asylum, you must evidence that you have a well-founded fear of persecution in your country of origin due to which you cannot return because:

♠ there is no state protection available to you; and ♠ that you cannot relocate to another area within your country to avoid the persecution

The feared persecution must be for one of the following reasons:

1st Citizen Lawyers are available to offer specialist advice and representation for your claim of asylum. We are also able to challenge the refusal in in an appeal hearing at the First and the Upper Tier Tribunals.

Can the family members of refugees join them?

If you are a family member of someone who has been granted asylum or humanitarian protection in the UK, you might be able to apply to join them (family reunion).

The following relatives are eligible to apply for family reunion: ♠ Spouses, civil partners and unmarried partners; ♠ Children under 18; ♠ Parents, grandparents and other dependent relatives aged 18 or over.

What is subsidiary or humanitarian protection?

Humanitarian protection can be given to people who do not meet the 1951 Convention’s legal definition of a refugee but are still in need of international protection.

Across the EU, the Qualification Directive provides subsidiary protection for those facing the following threats if returned to their country:

♠ the death penalty or execution; ♠ torture, inhuman or degrading treatment or punishment; or ♠ threats from an international or internal armed conflict.

For specialist legal advice and representation for a claim for asylum and humanitarian protection or appeal, please call our immigration lawyers direct on 0203 4755 321 or e-mail info@www.1stcitizen.co.uk.