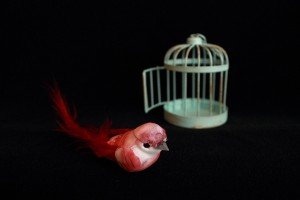 Applying for Bail for immigration detainees

Immigration detention, temporary admission and bail can be very daunting and hard to manage as the subject of the order is detained and may not have anyone for support. Whilst he is likely to be deported or removed from the UK where he may have all his family, friends, and future,  the complicated rules and cumbersome process make things even worse.

That however may not be the case if you have specialist legal help at hand. Our specialist immigration lawyers in London and Birmingham offer the legal advice and representation you need to challenge the detention and secure your temporary admission or bail for your well being and freedom.

Foreign nationals who are subject to immigration control can be held in immigration detention in certain circumstances.

The Immigration Act 1971 first included the power to detain immigrants, and later legislation has built on this. Yet, there is nothing in immigration legislation limiting the amount of time a person can be detained.

A person can be detained before a decision is made whether or not to allow them to enter the UK (this mainly affects people seeking asylum) and pending a person’s removal from the UK.

Guidance setting out when someone can be detained includes:

♠ when removal from the UK is considered ‘imminent’;

♠ when a person is considered likely to abscond;

♠ when there is not enough information to decide whether or not to allow a person to be admitted or released;

♠ when release is not considered to be ‘conducive to the public good’; or

♠ while waiting for alternative arrangements to be made for the person’s care.

A decision to detain is made by individual immigration officers and, unlike people detained under the criminal justice system, its lawfulness is not automatically subject to independent review. A detained person can, after seven days have passed, apply to a judge for review of his or her detention, but many people, particularly those who don’t speak English, are unaware of this procedure and find it difficult to access legal advice.

Many innocent men, women and children who have been locked up in immigration detention centres have suffered severe mental health problems, with detention in many cases adding to trauma already suffered in their home country.

For specialist legal advice and representation if you are detained or want to apply for temporary admission or bail, please call our immigration lawyers direct on 0203 4755 321 or e-mail info@www.1stcitizen.co.uk.