The European Convention on Human Rights (ECHR) is an international human rights treaty. In other words, ECHR is an agreement agreement

between Governments. It gives all people – adults, children and young people – a set of rights, such as the right to life and the right to freedom of religion. 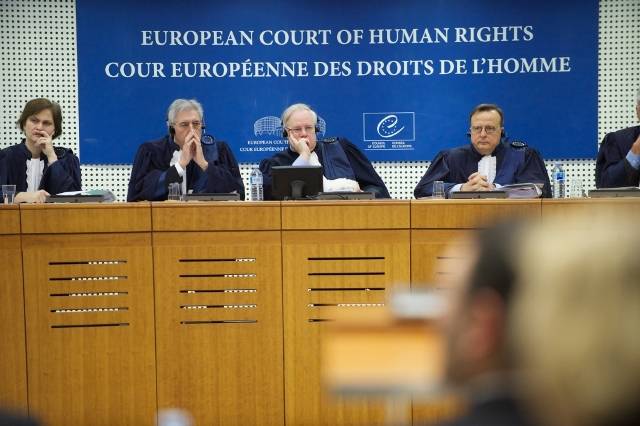 In 1948, in the aftermath of the Second World War, the newly formed United Nations adopted the Universal Declaration of Human Rights (UDHR). In response to the atrocities committed before and during the War, the international community sought to define the rights and freedoms necessary to secure the dignity and worth of each individual.

The Article 2 of the declaration provides:

Everyone is entitled to all the rights and freedoms set forth in this declaration, without distinction of any kind, such as race, colour, sex, language, religion, political or other opinion, national or social origin, property, birth or other status. Furthermore, no distinction shall be made on the basis of the political, jurisdictional or international status of the country or territory to which a person belongs, whether it be independent, trust, non-self-governing or under any other limitation of sovereignty.”

This written text marked a historic turning point promoting peace and diplomacy in world irrespective of borders and divisions.

Birth of the European Convention on Human Rights

In Europe another newly formed international body, the Council of Europe, set about giving effect to the UDHR in a European context. The resulting European Convention on Human Rights was signed in 1950 and ratified by the UK, one of the first countries to do so, in 1951.

The ECHR is divided into “articles”, or sections. Each article enshrines a different right as follows:

♠ Article 2– the right to life

♠ Article 5– right to liberty and security

♠ Article 6– the right to a fair trial, including the child’s right to be informed promptly, in a language he or she understands, of the alleged offence and to have an interpreter in court if he or she cannot understand or speak the language used in court. Restrictions on reporting can be applied to protect the interests of children

♠ Article 8– the right to respect for private and family life, home and correspondence

♠ Article 9– the right to freedom of thought, conscience and religion

♠ Article 10– the right to freedom of expression

♠ Article 11– the right to freedom of assembly and association

♠ Article 13 – right to an effective remedy

Plus Article 2 of the First Protocol (a later addition) – the right not to be denied the right to education, which must conform with parents’ religious and philosophical convictions.

These are all supported by Article 14, which says that all the rights in the Convention apply to all people without discrimination.

Articles 8 to 11 are qualified rights – they can be interfered with, but only for a good reason (like public safety, economic well-being or the protection of the rights of others), in accordance with the law generally and only so far as is necessary in an individual case.

The Grand Chamber of the European Court of Human Rights has stated that:

The human rights of children and the standards to which all governments must aspire in realising these rights for all children are set out in the Convention on the Rights of the Child… The Convention spells out the basic human rights that children everywhere – without discrimination – have: the right to survival; to develop to the fullest; to protection from harmful influences, abuse and exploitation; and to participate fully in family, cultural and social life. It further protects children’s rights by setting standards in health care, education and legal, civil and social services. States parties to the convention are obliged to develop and undertake all actions and policies in the light of the best interests of the child (Article 3). Moreover, States parties have to ensure that a child is not separated from his or her parents against their will unless such separation is necessary for the best interests of the child, and respect the right of a child who is separated from one or both parents to maintain personal relations and direct contact with both parents on a regular basis, except if it is contrary to the child’s best interests (Article 9).(Sahin v Germany 2003)

The Human Rights Act was passed in 1998 in order to ‘give further effect’ to the European Convention in British law. Under the Act, all public authorities in the UK are required to act in a way that respects people’s rights under the Convention, and people can now rely on their Convention rights in legal proceedings.

This is not the case with the other international human rights instruments that the UK has ratified. While people can refer to these in proceedings before the British courts, the courts will not directly apply them. They may still have some effect for two reasons:

♠ Where there is some ambiguity as to what the law requires, the courts will assume that the law should be interpreted in a way that complies with the United Kingdom’s international obligations;

♠ In interpreting the rights under the European Convention the courts here, but more particularly the European Court of Human Rights, will have regard to other international human rights instruments.

Section 6 of the Human Rights Act makes it unlawful for a public authority (such as a Home Office) to act (or fail to act) in a way that is incompatible with ECHR Convention right, unless as the result of a provision of primary legislation, it could not have acted differently.

How can we help?